“In 2016, I was a new teacher at the start of my career at St. Michael’s Regional High School on Bell Island. I was approached to host a Shave for the Brave event. I had heard about these events and thought it would be great for our school to be involved. Once announced, I had lots of interest for such a small school. We had 11 students sign up so I decided to participate as well.
I 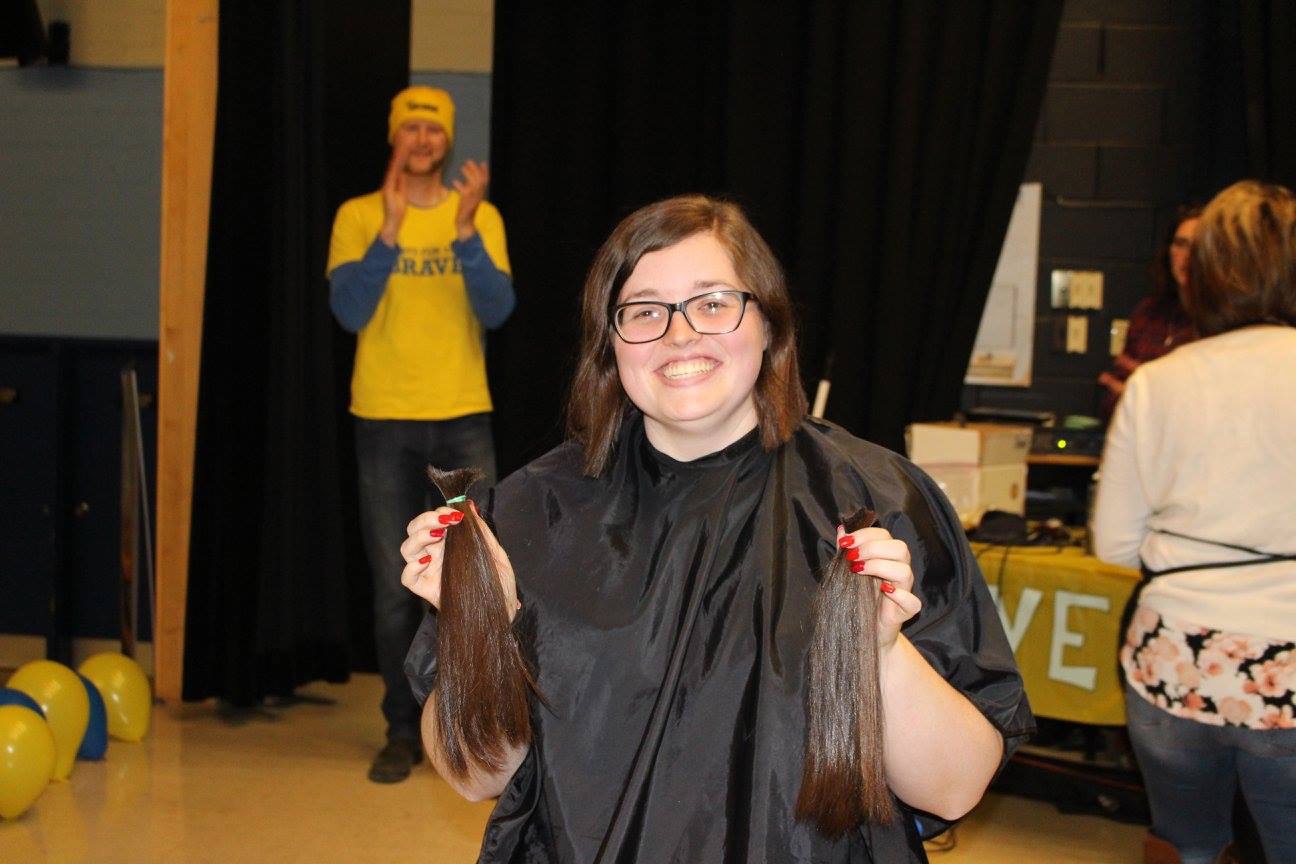 n total, we had 10 students completely shave their heads and myself and another student donated 10 inches of our hair. The event itself was so much more than I expected! The entire school came to the gym to watch along with the participants’ families. As each head was shaved, they were celebrated by the whole gym and some even received a standing ovation. I would be lying if I said I didn’t tear up a couple of times. There were so many amazing stories and reasons why these young people wanted to participate and I quickly realized how important this cause is.
Our volunteer hairdresser, Jennifer Hurley, did an amazing job shaving head after head. After each participant was finished they received their famous yellow toque from two members of our school community whose lives had been touched by cancer, Angela Cobb and Margaret Cahill. We also had the honour of having Geoff Eaton come and speak at our event which was very powerful for everyone. Overall, it was extremely successful and we raised over $3000 for Young Adult Cancer Canada (YACC). 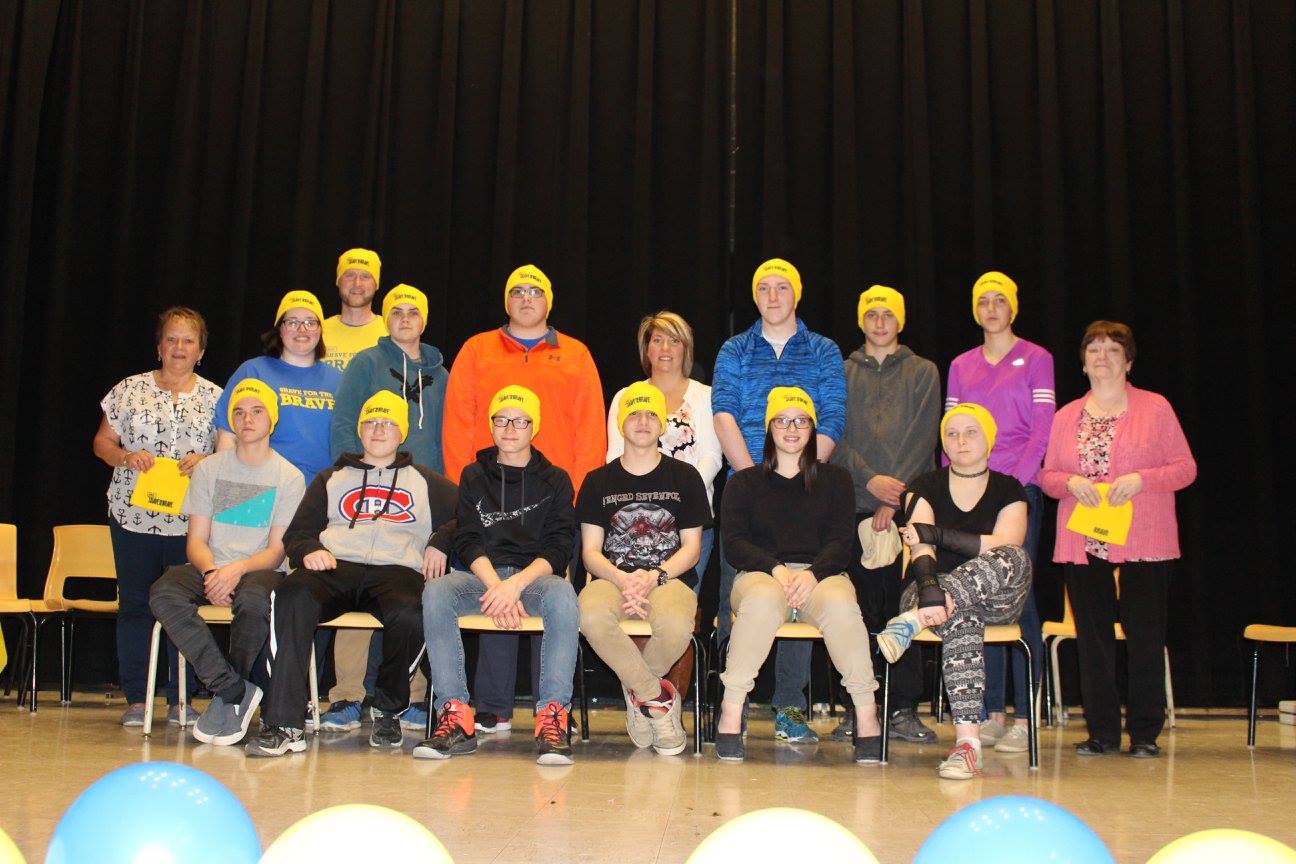 Sadly, I had to change schools at the end of that year and moved to the new Brookside Intermediate in Portugal Cove-St. Philip’s. Again, I was approached to host a Shave for the Brave event at our school. Last March we held our first ever Shave and it was equally as successful as my first. This school involved younger students (grades 5-9) so I was unsure how much interest we would have. In the end we had 13 students who raised nearly $4000! The event was the first Shave for the 2019 season and we were excited that it was at our school! We had Razor the lion in attendance along with others from YACC. All of our students had a great afternoon filled with fun. Our hairdresser, Dana Metcalfe, was amazing and worked hard to get through all of those heads so quickly. Geoff Eaton was back to help distribute the coveted yellow toques.

Our school did a great job cheering on their peers and again it was hard not to tear up. 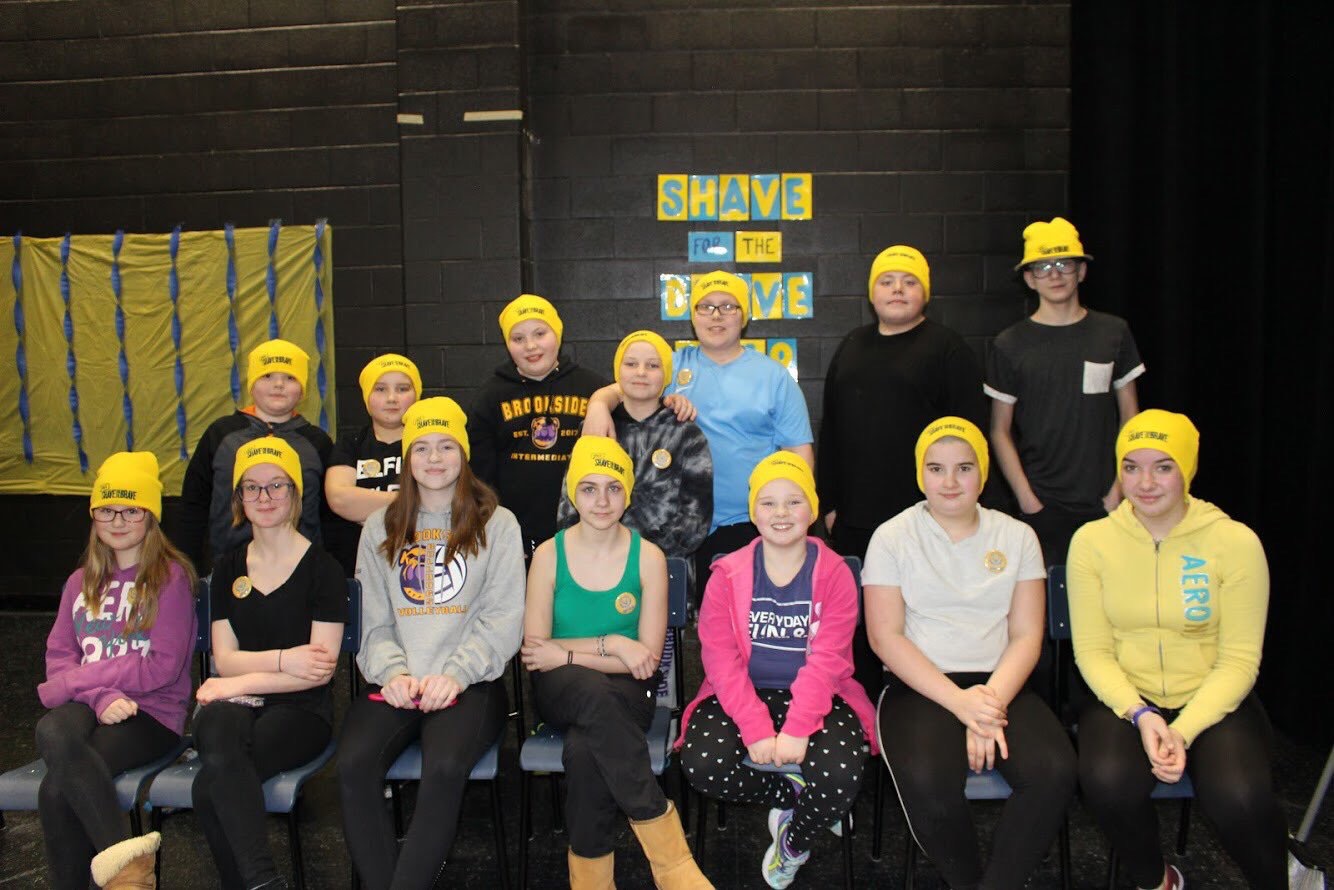 I have had a great time organizing these Shave for the Brave events. The students are so brave and empowering, it is hard not to be inspired by them. As I move to yet another new school in the fall, I hope that I can continue to host these events and identify more ‘brave’ students around this great province! “
Find similar articles using these tags: Brookside Intermediate, Ms. Brazil, School Shave, St. Michael's High